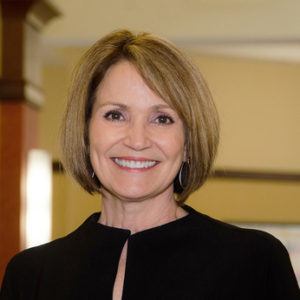 In March, WalletHub–the personal finance website–issued a press release naming the most innovative and least innovative states in the country.

But let’s put their list in perspective and talk about what snapshot surveys like theirs cannot capture.  There’s more than meets the eye to these kinds of rankings, which in our data-driven world are ubiquitous.

TechConnectWV knows that growing companies and jobs right here at home is the best bet for diversifying and growing our economy.  We lead efforts across the state to strengthen the ecosystem for startup companies and entrepreneurs—from research and development, services and technical assistance and access to risk capital.

And we’d like to point out a few things about this latest in a long line of “stop the presses” ranking stories.

First off, I guess it’s fair to say that they couldn’t have known that Intuit would announce the establishment of a “prosperity center” and “innovation lab” in downtown Bluefield, creating between 200-500 jobs. However, it is unfortunate that they don’t take into consideration the same factors as Intuit Board Chairman Brad Smith, who commented, “Bluefield was chosen based on the talent and skills in the region, access to students graduating from multiple institutions, the progressive leadership of the local community leaders. The combination of expertise here and our technology can create the next chapter for the region.”

Maybe WalletHub missed Facebook’s recent announcement that they’re running 275 miles of high-capacity fiber optic cable through the state, which will allow expanded connectivity into our communities. This investment in broadband comes while many other broadband projects are either in the design stage or under construction around the state.

Additionally, a growing number of firms in the tech sector have recently made the smart decision to locate or grow in West Virginia, including Leidos, Sparksoft, N3, Resolver, Infor, and Core 10, in addition to the tech firms already established, and growing, in the state.

Sure, West Virginia needs to address these innovation “buckets” and we are doing so.  In the recent legislative session, lawmakers approved House Bill 2550, creating a matching grant program for federal Small Business Innovation Research grants.  This is the most significant technology-based economic development legislation since the Bucks For Brains Program was created in 2008.

Firms taking advantage of this program will be able to leverage follow-on funding from a variety of sources, including but not limited to the WV Jobs Investment Trust, the INNOVA Commercialization Group, Natural Capital Investment Fund or Mountain State Capital.

And don’t forget the amount of human capital associated with the federal agencies in north central West Virginia, including the FBI, NOAA, NASA and more.  These agencies, and the many small businesses that support them, represent top tier talent.

Many new avenues have come online for West Virginians who want to train as a software coder or developer, including NewForce, Central App, Richwood Scientific, Mined Mines, the K-12 school system and the Community & Technical Colleges.

Looking ahead, Opportunity Zones created in the Tax Cuts and Jobs Act of 2017 offer the chance to encourage investment and spur economic growth throughout West Virginia.

People and businesses make decisions about where to locate based on a wide range of data points, some of which don’t translate easily into the kind of numbers game used by the groups publishing the latest “ranking du jour.”

What these national ranking stories routinely miss are quality of life measurements related to important factors such as affordable and available housing, cost of living, safe and caring communities, commute times and easy access to recreational and outdoor opportunities.

Factor in those measurements and West Virginia becomes much more attractive.

So, take these rankings with a big grain of salt—preferably our own locally harvested JQ Dickinson salt—and remember that by next week, some other outfit will be touting their own version of a ranking.  In the spirit of Gomer Pyle, I’ll just say, “Well bless their heart.”

Anne Barth is Executive Director of TechConnect West Virginia, which is a statewide economic development organization dedicated to the advancement of science, technology, and the innovation economy in West Virginia.