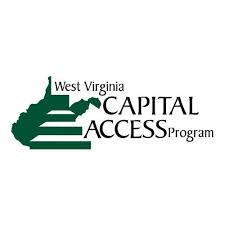 The U.S. Treasury Department recently released a report on progress made around the nation through the State Small Business Credit Initiative (SSBCI) program from 2011-2014.  As reported in the Summary of States’ 2014 Annual Reports, SSBCI funds have supported over 12,000 transactions and leveraged $6.4 billion in private financing nationwide through 2014.

In West Virginia, the $13.1 million in SSBCI funds have allowed for the creation and/or retention of 1,091 jobs and attracted $83 million in additional private investment.  To view a graphic detailing the investments, click here.

Andrew Zulauf, Executive Director of the Jobs Investment Trust, called the SSBCI program a “truly transformative moment for the State of West Virginia because it resulted in the creation of the WV Capital Access Program (WVCAP), which has allowed for small business owners and entrepreneurs to access non-traditional types of capital that simply did not exist, or did not meet the various financial needs of our small business community.

“While other states in the U.S might have multiple sources and avenues for obtaining or raising debt/equity capital, the stark reality is those options are not available here,” Zulauf explained.

“Since the creation of WVCAP, over $80 million in private capital financing has been leveraged with the $13.1M in SSBCI funding, and all of this was done in less than four years,” he added.

WVJIT has worked with, and continues to support and advocate locally and nationally, for the reauthorization of the SSBCI program.

“We have urged our congressional leaders to support this most worthwhile program, and recently solicited the support of the National Governor’s Association and outgoing Co- Chairman, Gov. Earl Ray Tomblin,” Zulauf noted.

Other highlights of the report: