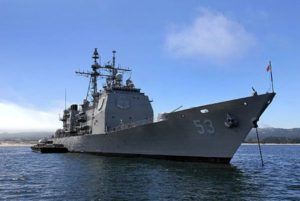 On September 30, researchers at Touchstone Research Laboratory received their 5th R&D 100 Award in a virtual ceremony broadcast from Cleveland, Ohio.

Known as the “Oscars of Innovation,” the awards recognize the top 100 revolutionary technologies of the year, as well as the scientists and engineers who created them.

The winning technology is Touchstone’s Bonded MetPreg Repair (BMR) technology. This technology is used to repair cracks in the structural members of large-scale ships.

“This technology is completely revolutionary” said Brian Joseph, Touchstone’s President and CEO “and we believe this will be the application which will launch the MetPreg business – Touchstone’s next spin-out. 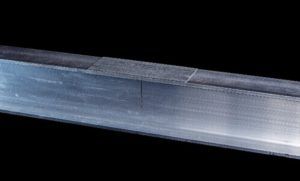 I-Beam with patch over fatigue crack.

Brian Gordon, Touchstone’s Director of Research added, “We would really like to thank the Navy for supporting the development of this technology at Touchstone.  The Navy not only provided us with funding, but also with access to their engineers, who were instrumental in giving us guidance and direction.”

As is stated on R&D World’s website:  “The R&D 100 Awards program celebrates the top 100 revolutionary technologies of the past year. These coveted awards are often referred to as the “Oscars of Innovation” or “the Nobel Prizes of technology.”  The awards recognize the technologies as well as the scientists and engineers who created them.

In the past, Touchstone has received 4 R&D 100 Awards for CFOAM carbon foam, CSTONE porous carbon, MetPreg metal matrix composite, and NxSEM micro-scale testing equipment. (you listed composite tooling technology, but I believe the 4th award was for NxSEM).