Three investigators have joined the Marshall Institute for Interdisciplinary Research.

Research at the institute is focused on a protein, Na/K-ATPase, that directs many cellular processes in the heart, kidney and other tissues. By studying how this cellular signaling occurs, MIIR researchers are working to develop new treatments for cancer, heart and kidney disease. 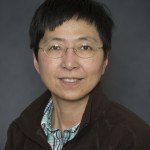 Dr. Jinsong Hao, an assistant professor of pharmaceutical sciences and research at the Marshall University School of Pharmacy since 2013, has been named adjunct assistant investigator at MIIR. An expert in drug formulation and drug delivery to the nail, eye and inner ear, Hao obtained her bachelor of engineering degree and Ph.D., both in pharmaceutics, from Shenyang Pharmaceutical University in China. Before joining Marshall, she held various academic and research appointments at the School of Pharmacy of the National University of Singapore, the College of Pharmacy of Nova Southeastern University in Florida and the College of Pharmacy at the University of Cincinnati. She has more than 40 publications in peer-reviewed journals and has published several book chapters.

Dr. Jiang Liu, an associate professor in the Department of Pharmacology, Physiology and Toxicology at 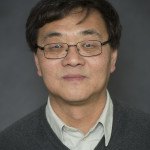 the Marshall University Joan C. Edwards School of Medicine, has been named MIIR associate investigator. He holds an M.D. from Peking University School of Medicine and a Ph.D. from the Chinese Academy of Preventive Medicine. Before joining Marshall in 2012, he was an assistant professor in the Department of Medicine at the University of Toledo. Liu’s research at MIIR focuses on how endogenous cardiotonic steroids stimulate Na/K-ATPase signaling and its role in renal pathophysiology. 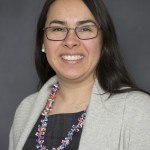 Dr. M. Isabel Larre Perez has been named assistant investigator in residence. She obtained her bachelor’s degree in experimental biology from the Metropolitan Autonomous University of Mexico and earned a master’s degree and a Ph.D. in cellular and molecular physiology, both from the Center for Research and Advanced Studies of National Polytechnic Institute (CINVESTAV) in Mexico. In 2012, she secured a postdoctoral fellowship from the Institute of Science and Technology, Rosalind Franklin, at CINVESTAV in Mexico City. She most recently was on the faculty of CINVESTAV, where she had served since 2013 as a visiting professor in the Department of Neurosciences, Biophysics and Cell Physiology. Her research at MIIR focuses on receptor pathway in the regulation of epithelial cell physiology. Therapeutically, the mechanisms she studies are critical to cellular dysfunctions observed in numerous conditions, ranging from cognitive disorders to cancer and cardiovascular diseases.

MIIR is Marshall University’s key vehicle to advance regional economic development through entrepreneurship and commercialization of scientific discoveries. Scientists at the institute are developing an intensive program of biotechnology research dedicated to producing patentable scientific breakthroughs and creating new businesses based on those discoveries.