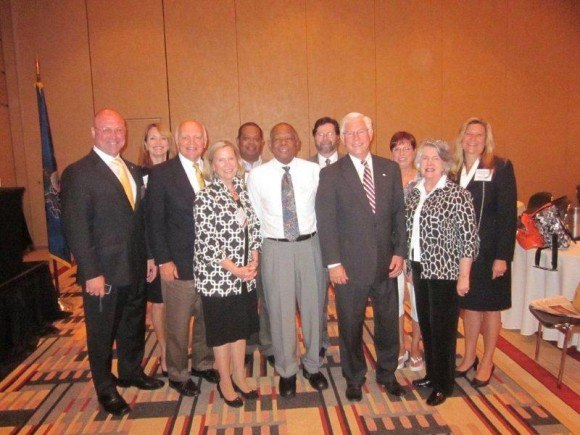 Anne Barth, executive director of TechConnect West Virginia, participated in a panel discussion at the EDA Regional Conference in Philadelphia on July 11, 2012.  Excerpts from her presentation follow.

West Virginia is well known as an energy state with vast natural resources and great scenic beauty, a mecca for outdoor enthusiasts, and soon I hope that people also associate West Virginia just as readily with technology and innovation.

At the Clinton Global Initiative meeting in Chicago in early June, Regina Dugan, the former head of the DARPA who is now with Motorola, said “predicting the future is risky, so what we did at DARPA was build the future.”  TechConnect is working to build the future of technology and innovation in West Virginia.

TechConnect is a nonprofit coalition that grew out of the realization that in order to successfully compete in the 21st century, diversify the state’s economy, and create new jobs, we had to forge stronger links between our higher education institutions, private industry, non-profit groups, and government.  This four-way partnership leverages existing resources and aligns assets, and fosters the state’s innovation ecosystem and regional cluster development.

It is appropriate to quote a founding father while here in the City of Brotherly Love.  Before he signed the Declaration of Independence, Benjamin Franklin told his fellow signers: “We must hang together, gentlemen, else, we shall most assuredly hang separately.”

TechConnect was founded on the premise that our own fortunes as a state will be greatly enhanced if we partner, collaborate, and strive together.  And while we don’t face hanging, economic realities have brought a real urgency to our work.

TechConnect brings the stakeholders to the table and bridges the gap between higher education and new business development.  We’re establishing smart partnerships between our research universities and our entrepreneurs in the private sector to focus on the entire economic continuum– from research discoveries and innovation, all the way through commercialization, to new companies and new jobs.

Our goal is to turn innovation into enterprise, and we are focused on key technology sectors: advanced energy, chemicals and advanced materials, biometrics and identity management, and biosciences.

TechConnect’s programs and projects are designed to complement and support the physical infrastructure of the innovation ecosystem in the state with intellectual infrastructure and human capital to build out the regional cluster.

And we are beginning to see progress.  The U.S. Chamber of Commerce included West Virginia in its list of “enterprising states” released on June 11, 2012.

With an EDA grant won in 2011, we have launched programs to create jobs and new ventures, support comprehensive capacity-building initiatives, and build an integrated communications effort to share the good news, with people both outside and within the state’s borders.  Called StartUp West Virginia, the program is multi-faceted and integrated to support and nurture growth in our regional cluster.

These are the programs that we’re implementing to build the future by turning research and innovation into enterprise.    After all, it was Benjamin Franklin who said, “Knowledge is the best investment.”  TechConnect thanks the EDA for supporting these initiatives.