Giving new life to former coal surface-mine sites is a goal for many communities in West Virginia. Jocelyn Sheppard and her company are making it happen. 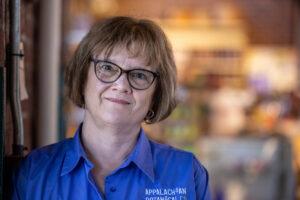 Jocelyn is founder and CEO of Appalachian Botanical Company. She and her company are growing lavender on a 50-acre site in Boone County that once was a coal “strip mine.” Jocelyn founded the company in 2018 after a successful small-scale green-mining demonstration project at West Virginia Regional Technology Park in South Charleston. On 18 acres located at the Four Mile mine in Hernshaw, the team planted and grew several hundred lavender plants.

The project’s success led to Jocelyn’s concept for setting up a larger-scale lavender farm at a reclaimed surface mine. But why plant lavender? And why focus on using reclaimed surface-mine land? “Lavender has real value in the market,” Jocelyn said. “It’s a major ingredient in food, health and beauty products, and even cleaning solutions. Lavender is a multi-billion-dollar industry.” Jocelyn also points out consumers’ increasing demand for organic ingredients in the products they buy. “Most of the lavender on the market is synthetic,” she said. “Our organically grown lavender gives them the choice they’re looking for.” 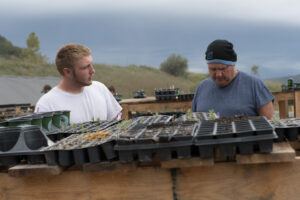 As to why she chose to develop a lavender farm on a reclaimed surface mine, Jocelyn sees Appalachian Botanical Company’s farm as an opportunity to change how people outside – and even inside – of Appalachia see the region and its potential.

“We have so many resources here – both land and people – that have been overlooked, underutilized, and underappreciated. I want to help change that.”

In a region that has been affected so deeply by opioid abuse and addiction, Jocelyn admits that workforce issues are a challenge. However, helping her employees see themselves and their futures differently is as important to Jocelyn as is the lavender that Appalachian Botanical Company grows.

“Some of our people have struggled to find work anywhere else, for a variety of reasons,” she said. “We’ve helped with things like transportation and getting counseling when someone needs it. In some cases, we’ve even helped with making sure they make their court dates.” 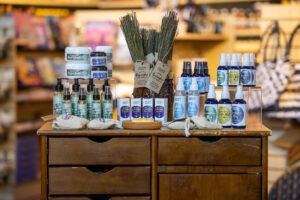 Investing in her company’s employees can create a positive ripple-effect among them. For example, a 21-year-old employee who had dropped out of high school decided to go back to school and earn his General Equivalency Diploma. That inspired a coworker to do the same.

Jocelyn’s land-and-people strategy is paying off. Appalachian Botanical Company’s site in Boone County is one of the largest lavender farms in the country. And with their products, they have built a strong regional brand, with more than 40 retail partnerships in West Virginia, Pennsylvania, Kentucky, Indiana, and Georgia.

“The support that I’ve received through TechConnectWV’s program and Chemical Alliance Zone has played a big role in getting us to this point,” Jocelyn said. “I was brought into the TechWrxWV program thoughtfully and quickly. And, most importantly, with an entrepreneurial mindset.”