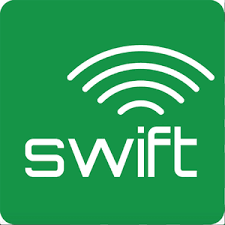 Wright Wold Scientific was created in 2015 by Zach Wright, a graduate student in WVU’s Pharmaceutical and Pharmacological Sciences program; Brandon Lucke-Wold, a graduate student in the university’s Neurobiology and Anatomy program; and Dr. Daryl Reynolds, an associate professor in WVU’s Department of Computer Science and Electrical Engineering. The team recently added Brandon Cook, a student in WVU’s College of Business and Economics’ MBA program.

The company is developing a product it calls the SwiftTag Inventory System (patent pending). SwifTag is designed to use Radio Frequency Identification (RFID) technology to inventory, identify and track laboratory animals more efficiently and without the need for the researcher to handle the animal.

The most sophisticated laboratory subject tracking system on the market today uses barcodes and barcode readers. That system still requires a researcher to handle animal subjects whenever information is required. Many laboratories still apply metal ear tags to their subjects for tracking and logging information by hand. SwifTag is unique in that it allows researchers to collect information without handling the subjects.

The idea for the SwifTag product was born out of Wright’s and Lucke-Wold’s own laboratory experiences.

“Research laboratories are where solutions to critical health and environmental issues are discovered and developed,” Lucke-Wold said. “Zach and I realized that some of the most important processes and tools used in research haven’t been improved in decades. That’s when we developed the idea for our SwiftTag Inventory System.”

Drawing on Wright’s and Lucke-Wold’s laboratory experiences, Dr. Reynolds, the company’s third principal, began developing the RFID-based equipment and software platforms that would enable the system.

As an early-stage company, Wright Wold Scientific recognized its need for outside support to move 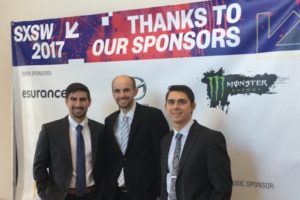 their idea forward. The company reached out to INNOVA Commercialization Group, an initiative of the Fairmont-based High Technology Foundation that provides business support, and seed and early-stage investment capital programs in support of commercialization opportunities. After learning more about Wright Wold Scientific’s idea and its unique opportunity in the market, Guy Peduto, director of INNOVA, enlisted the help of the Robert C. Byrd Institute for Advanced Flexible Manufacturing (RCBI) in Huntington.

Working in a coordinated approach, INNOVA and RCBI have used their respective expertise to support the company in designing a working prototype. INNOVA is helping the group to refine its business plan and put in place organizational structures necessary for success. RCBI has used its design and prototyping expertise to help design and develop a prototype of the handheld device that will apply the RFID chip to the subject’s ear. The Center for Applied Research and Technology (CART) at Bluefield State College also contributed by providing valuable perspective on materials and technology strategies.

INNOVA, RCBI and CART are three of five sub-awardees in TechConnect West Virginia’s ScaleUp West Virginia program, an initiative made possible by the U.S. Economic Development Administration and the State of West Virginia. The ScaleUp West Virginia program is helping West Virginia companies develop new products and technologies and move them to market; support small manufacturers in adopting advanced tools and processes; and promote increased entrepreneurial activity in our state. The program targets 40 counties, including many that have been particularly affected by the loss of mining jobs, as well as jobs directly related to the mining industry.

“Wright Wold Scientific was born out of three West Virginians’ entrepreneurial vision and energy,” Barth said. “A part of TechConnect West Virginia’s mission is to connect young companies with the resources and expertise they need to move their product ideas to market. Our ScaleUp West Virginia program is providing resources that allow INNOVA and RCBI to help put an early-stage West Virginia company on a path toward success.”

WVU’s LaunchLab, the university’s resource center for business startups, sponsored the company’s participation in a recent SXSW PitchTexas Competition at the University of Texas. PitchTexas is an opportunity for the best startups from the across the nation to pitch their businesses, field questions from investors and entrepreneurs, and compete for up to $10,000 in prizes.

The Wright Wold team claimed a $2,000, 3rd place finish in the competition over teams from MIT, UCLA and more than 30 other universities.

Looking back on the competition, Zach Wright said, “SXSW and PitchTexas was an irreplaceable experience to not only gain feedback for our company on how to move forward but also to begin building relationships with like-minded entrepreneurs that are in a similar step in their startup processes. It was a bit intimidating looking at where the competition was coming from but, when we got there, we realized that we were just as prepared, and often more prepared, than other teams.”

The team says their next steps include securing funding to finalize its prototype, sourcing manufacturers, and completing beta-testing of the SwifTag and smartphone app. The goal is to make the product ready for market by this fall.