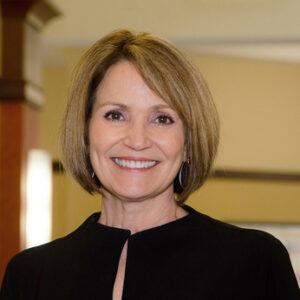 Anne Barth, who has helped shepherd the growth and development of West Virginia’s technology economy in her role as director of TechConnect West Virginia, is set to retire this fall.

Michele O’Connor, board chair of TechConnect, said, “We’ve seen so much positive change in the tech landscape in West Virginia in just the past decade and Anne Barth has played a pivotal role in that growth and development. She is to be commended for her outstanding record of service to our organization and to West Virginia.”

O’Connor noted that during Barth’s 11-year tenure with the organization she spearheaded numerous initiatives furthering the development of West Virginia’s assistance provider ecosystem while also providing direct assistance and resources to help technology firms locate and grow in the Mountain State.

When asked what she felt was her biggest accomplishment, Barth said, “In particular, I’d like to highlight the success we’ve achieved with our partners in offering high-value technical assistance to entrepreneurs developing tech-based ventures. With support from the U.S. Economic Development Administration, the State of West Virginia, and the Claude Worthington Benedum Foundation, we’ve aided in the launch of 76 new companies, the creation of 157 jobs and the retention of 245 jobs. We’ve served 440 entrepreneurs and small businesses, while helping them attract $13.7 million in follow-on funding.”

Barth noted that TechConnect has been aggressively engaged in educating tech entrepreneurs about the SBIR-STTR program and encouraging them to apply.  Through February of this year, nine technology-focused companies were awarded a total of 13 federal Phase I or Phase II SBIR-STTR grants. The 13 successful awards brought $8.8 million in federal funds to West Virginia to be used in furthering these firms’ technology and market commercialization, leading to job and wealth creation in the state.

Barth also led efforts to create the ‘Women & Technology Conference’ series, which launched in 2012. “This event was created to help close the gender gap in STEM, and the level of interest from women in all fields has been terrific,” said Barth.

Before joining TechConnect, Barth worked for more than two decades for the late U.S. Senator Robert C. Byrd.  As his State Director, she oversaw the Senator’s in-state constituent services operation, represented him at meetings and events, and worked with him to bring numerous federal agencies, facilities, and infrastructure projects to the state, including the FBI Fingerprint Identification Center in Clarksburg, the NASA IV&V Center in Fairmont, IRS Centers in Beckley and Martinsburg, National Guard facilities throughout the state, and other community and economic development projects.

“I am grateful to have had this wonderful opportunity to help move West Virginia’s technology economy forward and I couldn’t have done it without the support and assistance of the TechConnect board of directors,” noted Barth.

TechConnect’s board of directors is undergoing a search process for a new executive director.  The organization anticipates filling the position by early September.