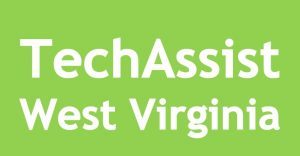 TechConnect West Virginia recently completed its TechAssist West Virginia project, funded by the WV Department of Commerce and launched in cooperation with three technical assistance “Centers of Excellence” in the state:  The INNOVA Commercialization Group, the Chemical Alliance Zone (CAZ), and the Center for Applied Research and Technology (CART).

Over the course of the project, 46 small businesses and entrepreneurs were served, 19 jobs were created, 25 jobs were retained, eight businesses were launched and $1.858 million in follow-on funding was leveraged.  In addition, nine new products were launched, eight new processes were developed and one U.S. patent was granted.

“Our expectation was that by partnering with “Centers of Excellence” in the state, new companies would launch, existing companies would be helped to expand and grow, and jobs would be created and retained,” said Anne Barth, executive director of TechConnectWV.

“We were pleased to meet or exceed our goals for the TechAssist project,” she added.

“Helping entrepreneurs move their product or service idea into production or to launch was a foundational objective of TechAssist.  Each new business created in West Virginia represents an important opportunity to transform a community’s economy and, in turn, grow the state’s economy,” said Anne Barth, executive director of TechConnectWV.