According to a recent industry-wide study on the economic impact of the U.S. bioscience industries, 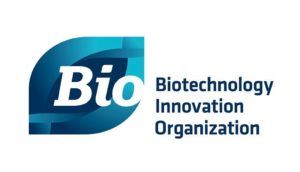 West Virginia has seen an increase in bio-related employment growth since 2012.  Additionally, with employment growth of nearly 10 percent since 2001, the bioscience industries nationally have been a leading performer among technology sectors over this period.

The study, entitled “The Value of Bioscience Innovation in Growing Jobs and Improving Quality of Life 2016”, was conducted by the Biotechnology Innovation Organization (BIO) – the national trade association representing the bioscience industries.

According to the report:

Bryan Brown, executive director of the West Virginia Bioscience Association, said, “It’s remarkable to see West Virginia’s bio industries growing over the past two years given the economic challenges facing the state.  This is a testament to the skill and perseverance of the entrepreneurs and researchers – both in

private companies and on university campuses – who are creating innovative products and technologies in the Mountain State.”

Brown said companies like Mylan, which has a significant presence in Morgantown, is helping drive growth in this sector, as are state biotech companies like Protea Biosciences, CereDx, Cordgenics, Progenesis and Microbiological Consultants.  Additionally, West Virginia University and Marshall University, among other state colleges, continue to grow their research and development programs.

To review the full report or the section specific to West Virginia, click here.