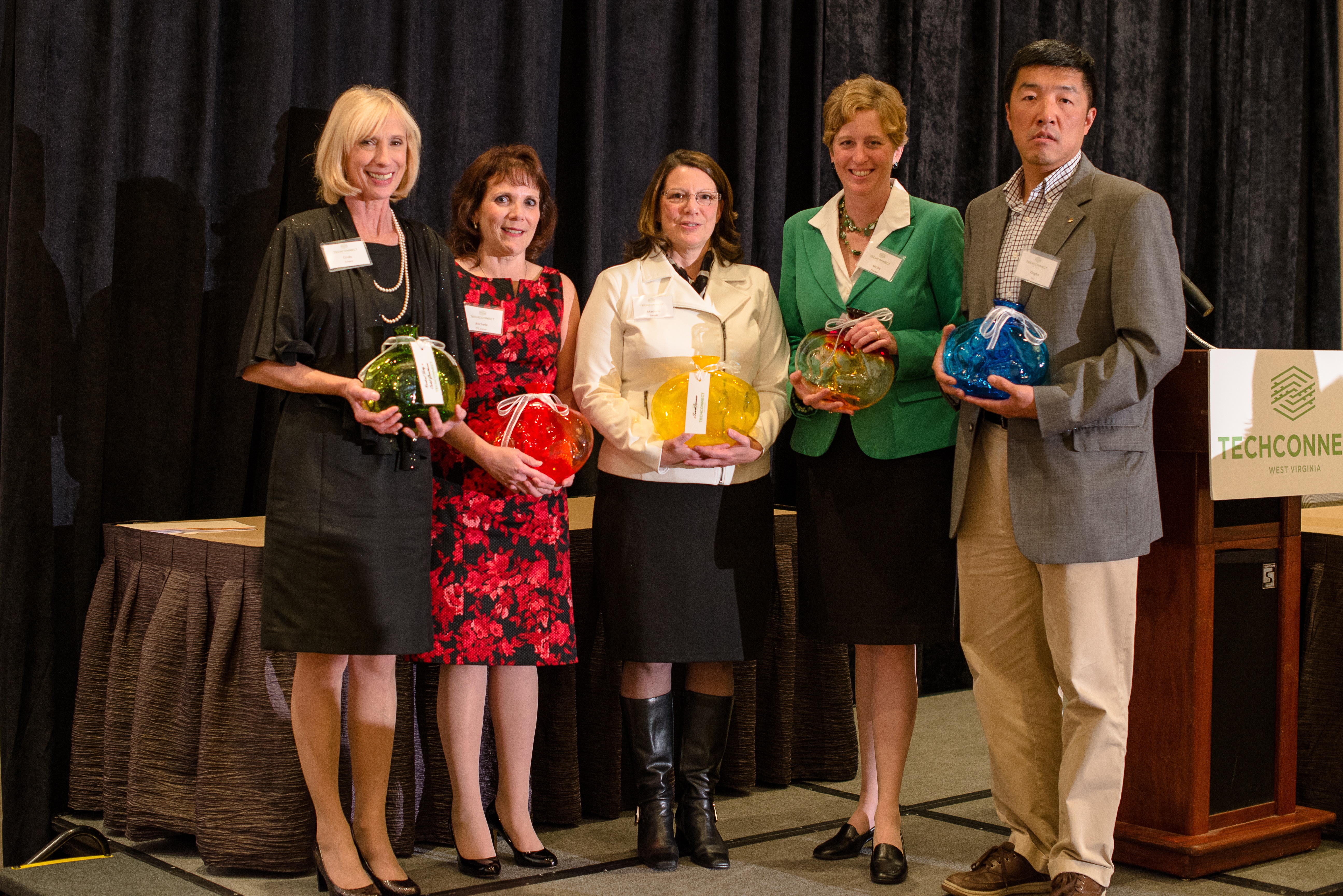 “The Spirit of Innovation program is an opportunity to spotlight success stories throughout the state, and recognize the people and organizations that support innovation-based economic development,” said Anne Barth, executive director of TechConnect. “By showcasing these creative efforts and the people behind them, we hope to inspire others who may have an entrepreneurial spirit.”

“The 33 nominations received for this inaugural awards program demonstrate that in West Virginia, the innovation economy is not just a concept—it’s a reality. We were thrilled to honor all of them.” she added.

Russ Lorince, chairman of TechConnect’s board of directors, served as master of ceremonies.

“From universities, laboratories and startup firms across West Virginia, hard-working researchers and entrepreneurs are bringing innovative products, services and technologies to market,” he said. “These innovations are force multipliers in our state’s economy, and help to hone our competitive edge.”

Taunja Willis-Miller of Jackson Kelly presents the 2013 Innovator of the Year Award to Dr. Xingbo Liu

Dr. Xingbo Liu was named the 2013 Innovator of the Year for his work in developing solid oxide fuel cell interconnect, Integrated Gasification Fuel Cell system, and superalloys for steam turbine blades and advanced battery technologies.  Liu is an associate professor in the West Virginia University Department of Mechanical and Aerospace Engineering.

Racheal Fetty and Caleb Greathouse of Glenville State College were named the 2013 Student Innovators of the Year.  They created the EZ Reader, an electronic voting machine ballot reader used for reading the five percent of ballots mandated by law to be read by hand.  EZ Reader is manufactured in West Virginia and more than 100 units have been sold to date.

The StartUp Innovation of the Year award was presented to eTouchSciences of Grafton, led by Dr. Marjorie Darrah.   She pioneered an innovative learning system that uses haptics to add touch to science and math education. The programs are geared toward middle school, and can be used by both students with visual impairments and sighted students.

Dr. Stephanie Skolik was named the 2013 Outstanding Woman in Technology. Skolik, a practicing ophthalmologist in Huntington, is the founder and director of the American Retina Research Foundation. She is also the CEO of Eyedea Inc., holds multiple patents for ophthalmic medical devices and is widely recognized for her research in retinopathy.

Lorince said, “It takes creative and innovative thinkers and entrepreneurs to keep West Virginia’s technology sector moving forward. We congratulate the winners and all of the nominees for their ingenuity and adaptability, as well as for their resilience in a challenging economic climate.”