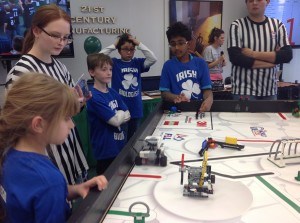 Twelve teams of students aged 9 to 14 from six counties in West Virginia and Ohio competed in several challenges, including one in which they programed LEGO robots to maneuver a 4-foot by 8-foot obstacle field.

The top award went to the RobotiCX team from Huntington. Other teams recognized were the Huntington Hotshots, the Warriors from Cross Lanes, SWAT from Barboursville, the iDragons from St. Albans, and Rotation Nation from Hamlin. Each of these six teams qualified for the FIRST LEGO League State Championship, scheduled Dec. 6 at Fairmont State University. 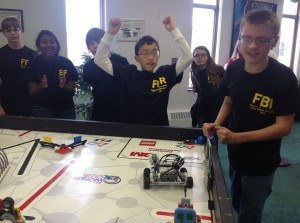 FIRST LEGO League events are designed to help young people develop the knowledge and STEM (Science, Technology, Math and Science) skills necessary to succeed in the 21st Century. Founded in 1998, the FIRST LEGO League now has more than 25,000 teams in 80 countries. Across West Virginia, there are 102 FIRST LEGO League teams from 30 counties.