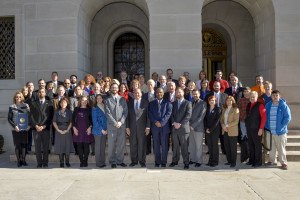 Forty-eight exhibitors lined the hallways and rotunda of the State Capitol during “Innovation and Entrepreneurship Day” on January 28, 2015.  Co-sponsored by TechConnect West Virginia and TransTech/Industries of the Future-WV, the event drew more than 125 people to Charleston to show support for West Virginia’s innovation economy.

Displays included a 3-D printing demonstration, innovative startup companies, new products, and a network of supportive organizations and agencies.  More than 200 entities joined the effort (click here to see list) as participating organizations, making it clear that innovation is alive and well across the state.

“Our goal is to put a face on the innovation economy to let lawmakers know this industry is not just a concept, but a reality.  And more importantly, it is creating jobs and opportunity across the Mountain State.  Strong support from Governor Tomblin and the Legislature is vital in helping to sustain and grow the innovation movement in West Virginia,” said Anne Barth, executive director of TechConnect West Virginia. 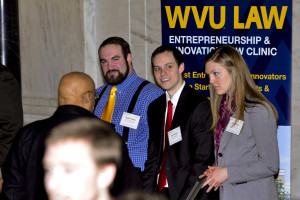 Barth noted that the wide variety of exhibitors demonstrates the steps in the innovation lifecycle—from research and development, to commercialization and startup, to a new business gaining a sound financial footing—and what is needed to help the entrepreneur at each step.

Carl Irwin, Director of TransTech/Industries of the Future-WV, said the day provided an opportunity to network at the Capitol with legislators, key state officials, manufacturers, innovators, entrepreneurs and colleagues.  “This was a chance to brainstorm with colleagues about initiatives and polices that help create jobs, deploy innovative technologies, and promote new business development,” Irwin said.

Awards presented byTransTech/Industries of the Future WV highlighted both the traditional and the modern in state manufacturing.  Homer Laughlin China Co., maker of the popular Fiesta dinnerware– received the Governor’s Award for Leadership in Industrial Energy Efficiency.  The company has been headquartered in Newell, WV for more than a century.  The Governor’s Award for Excellence in Green Advanced Manufacturing was presented to Toyota Motor Manufacturing West Virginia in Buffalo, WV.

From products made of woody biomass to cutting edge software, exhibits crossed several industry sectors.  The Robert C. Byrd Institute for Advanced, Flexible Manufacturing at Marshall University set up a 3-D printer, which turned out items throughout the day and was a crowd favorite.

“This event is a good indicator of how this sector of the state’s economy is becoming more widespread and self-sustaining.  Our entrepreneurs range from students to people who are launching a second career, and all of them are making a positive impact on the economy in their communities and across the state,” Barth said.

WVU student Justin Chambers demonstrated his portable wind turbine technology and discussed the launch of WindPax, the company he founded to market the product.

The youngest innovators at the Capitol were members of the robotics team from South Charleston High School:  Austin Roberts, Alex Casto, Jacob Bumgarner, teacher Dr. Joseph Oliver, and vice principal Kim Williams.  The team put their hometown–and the entire State of West Virginia–on the map two weeks ago when they were named international champions of the Zero Robotics Competition, which was sponsored by NASA and the European Space Agency. 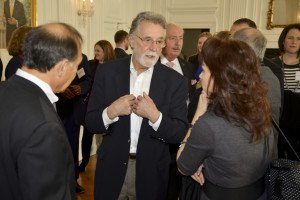 Other highlights of the day included Governor Earl Ray Tomblin issuing a Proclamation marking Jan. 28 as “Innovation & Entrepreneurship Day in West Virginia,” which noted that “facilitating innovation-based economic development and the growth of entrepreneurial companies are critical to our state’s future and prosperity.”

To see photos from Innovation and Entrepreneurship Day at the State Capitol, visit TechConnectWV’s page on Facebook.