Column in the C 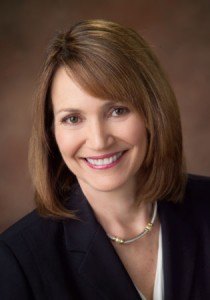 Did you know that women own somewhere around 50 percent of all small businesses, but when it comes to creating high-tech startups, they are still in the single digits?  Or that less than 10 percent of venture-backed companies have female co-founders, despite research suggesting that women-backed startups perform better?  And what about this — That women make up only 25 percent of the science and technology workforce in the United States?

From Silicon Valley to the Boston I-495 Tech Corridor, women are under-represented in technology:  on university campuses, in large and small businesses, in higher-paying tech jobs, and among fast-growing startup firms.

Developing this potential source of untapped talent could jumpstart the economy, improve the lives of women, and advance technology development.  And why shouldn’t West Virginia be able to tackle this challenge successfully?  We have the advantage of familiarity, an established network, and in this effort — a common goal.

In fact, a diverse and talented group of dedicated people is already working on a number of initiatives to improve the numbers of women in technology in West Virginia, from early childhood STEM (Science, Technology, Engineering, and Math) programs at Marshall University to the collegiate statewide business plan competition to technology initiatives all across the Mountain State.

In West Virginia, we have a number of women leaders in our state’s technology and R&D sectors who serve as role models.  Here are just a few of these “Tech Divas”:

Moreover, West Virginia’s colleges and universities are helping to spur the next generation of female technology leaders and entrepreneurs.  Among innovative women who are breaking new ground on campus with exciting ventures include:

TechConnect West Virginia is pleased to be among the partners in this important initiative.  We will host a two-day conference in Wheeling on October 18-19 to inspire and support women working in technology fields, whether in higher education and research, the public sector, as a new entrepreneur, or in private industry.  We hope every year the list of “Tech Divas” in our state will be larger and larger.

Correction: The first version of this op-ed failed to include the name of the President and CEO of createTank, Shirly M. Roets. We apologize for the mistake and omission of Ms. Roets’ name and any confusion this may have created.